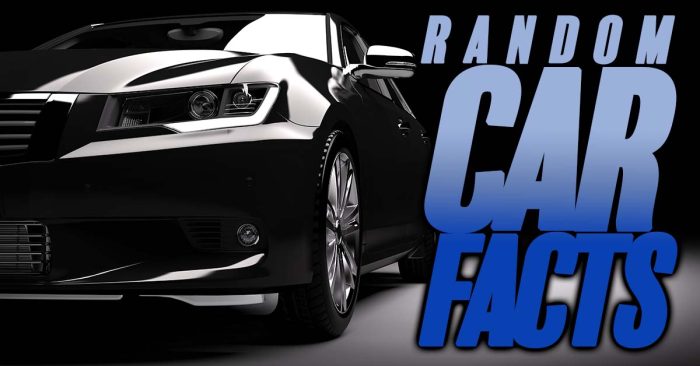 Do you consider yourself a car buff? Do you take good care of your car?  Do you know the difference between horsepower and torque? No matter what your interest in motor vehicles, here are some wide-ranging and somewhat interesting facts about the world of automobiles.

For some, cars are simply a mode of transportation. For others, it is a hobby and for some a passion. No matter whether your car is a daily driver or an exotic, we can help you get the automobile insurance you deserve. Connect with one of our independent insurance agents for a no cost, no obligation insurance review and price quote. Don’t be one of the millions of drivers overpaying for car insurance. Contact us to compare today.